Some time last year I saw a project by someone on Dakka Dakka which was using tanks from ToySoldierDepot.com to make 40K vehicles - an Ork tank and some IG APCs. This is what inspired me to start on my Lungbursta project C(or rather what became a Lungbursta). Whilst I was buying those tanks I also picked up a couple of howitzers, which I'm told are cheap copies of the old Marx cannons. My plan was to use them for my Planetary Defence Force army, but I figured I didn't need both for that, so one has been seconded to my Blood Pact. The one that will remain Imperial, will be fitted with the shield from the Basilisk (you can find others that have done this conversion online).

I had a couple of hours spare last night so this is what I did, but I still need to fill the wheel backs. 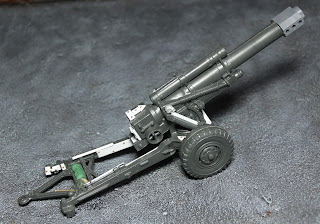 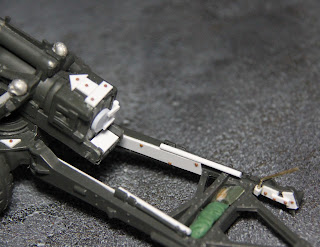 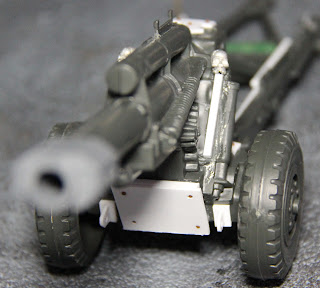 For those that want to see the conversions that started me off on this crazy path, look at Brushfire's work on the Ammobunker forums, as it's easier to find that wading through the Dakka gallery.
Posted by Sir Tainly at 21:08

Nice! This is a model that begs for a bit of a vignette base - maybe nestled in behind a bunch of sandbags or in the corner of a ruined building?

Looking forward to seeing more - keep up the great work!

Thanks, I might go the scenic base use, but IIRC the rules change if the piece is based or not. Also it needs to be able to be towed along by my N20 Halftrack/Trojan counts-as.