It's completed by the time you read this, but this photo is from a WIP stage - I'm having to show these much later than they were completed as they are being used as a nasty surprise in our Ramde event!

It's an ICM WW2 Opel car kit in 1/35 with some gun barrels added at the front. It's a little large for 40k but does mean Purestrains or a Patriarch could fit inside. 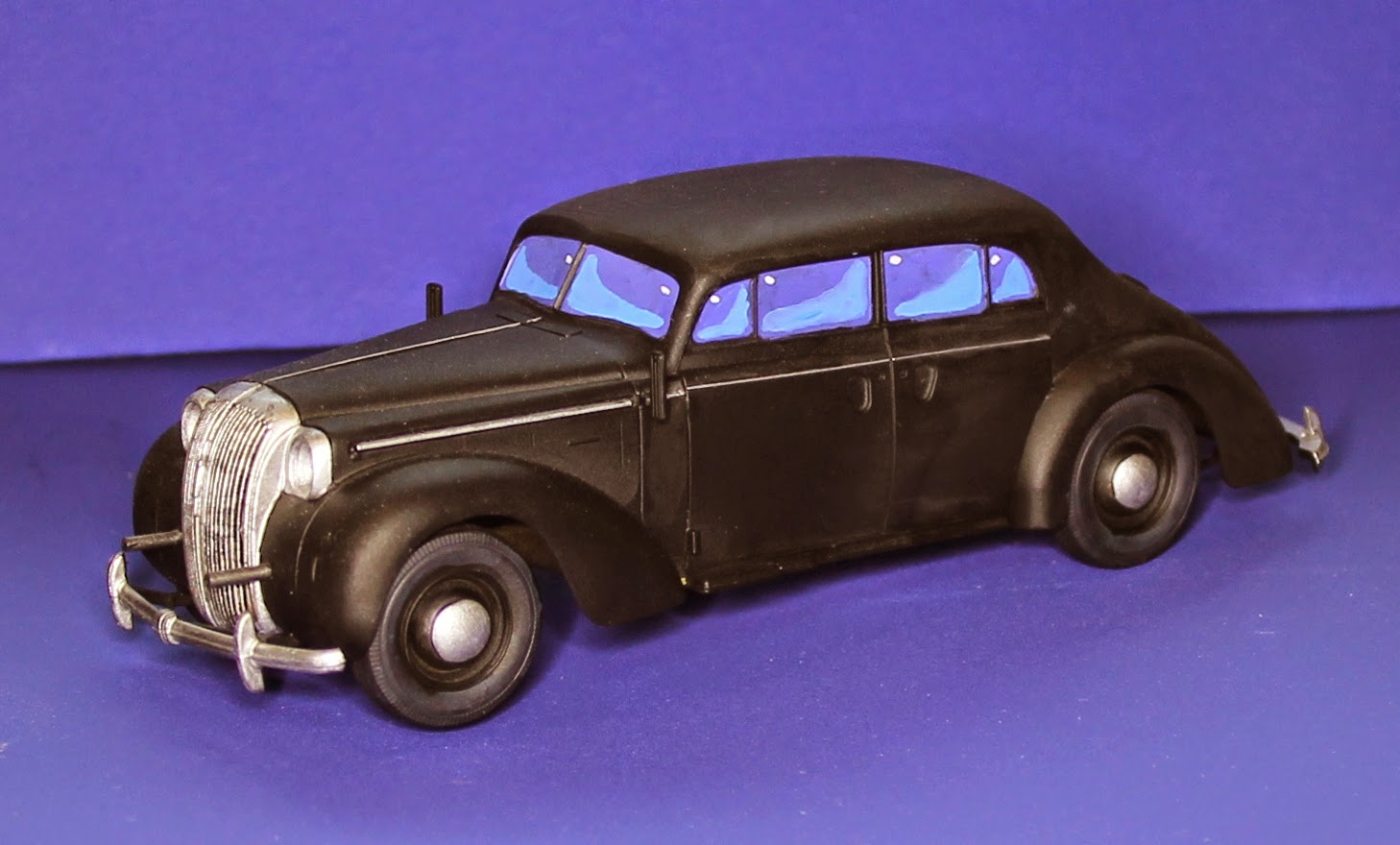 I've wanted an excuse to use Miniatures of the North's House Crowmantia figures for something - well I found it, some Genestealer cultists! The group I play with has their own mini-dex to use these old favourites in the current game, but essentially the rules are those for the Chaos Cultists. I can and will of course use these guys to bulk out my Chaos armies too when needed so it's a double win!

Since I took these photos I've done some more work on the bases and highlighted the flesh. 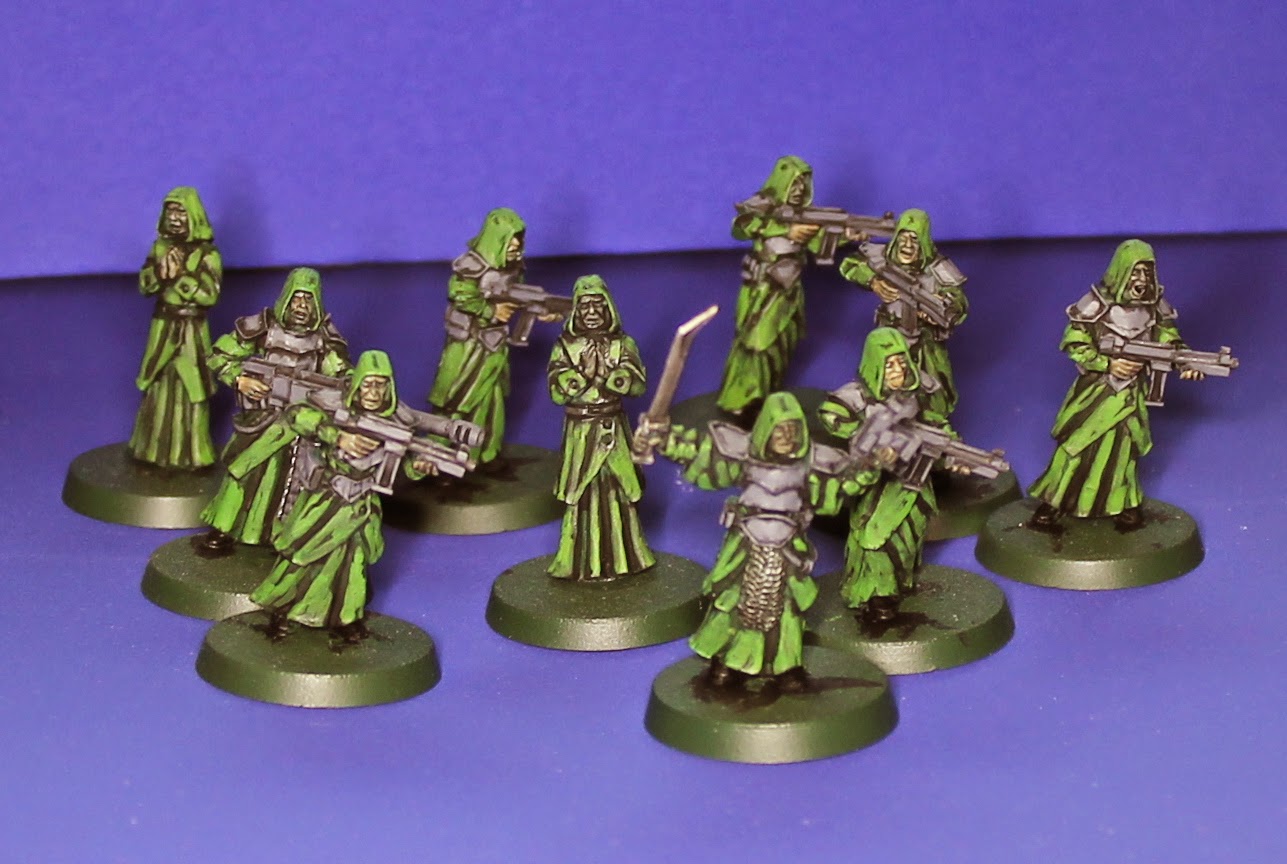 I had one extra cultist so I painted him up in a different colour and will use him as my Magus! 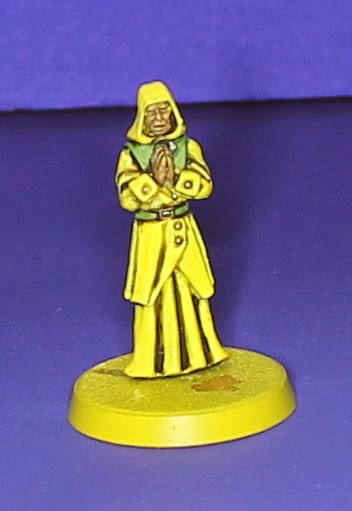 I've been planning to add some trucks to my IG list for a while and have a few kits to convert into 40kesque vehicles. Problem is those are slow to build, fragile and often expensive, but this is easily solved with some cheap toys! These are intended as scenery items but may well hit the table as usuable models if my Planetary Defence Force fandex gets an overhaul, or if My usual group, the Animosity gang, write up some rules which is quite likely!

I've still to add some heavy stubbers over the cabs then I'll be getting the painting and wearing completed. If anyone fancies picking some of these up for their own plans, they are made by Majorette and are sold in the UK at Morrisons supermarkets for 4 pounds. They are sold as construction trucks but I've modified the backs to strip them back to standard load beds. On of them comes with a crane (and another with a log grabbing claw) which can be reused with Orks and another with a roller (Deffrolla!). I have a few more so expect to see those being used with other armies. 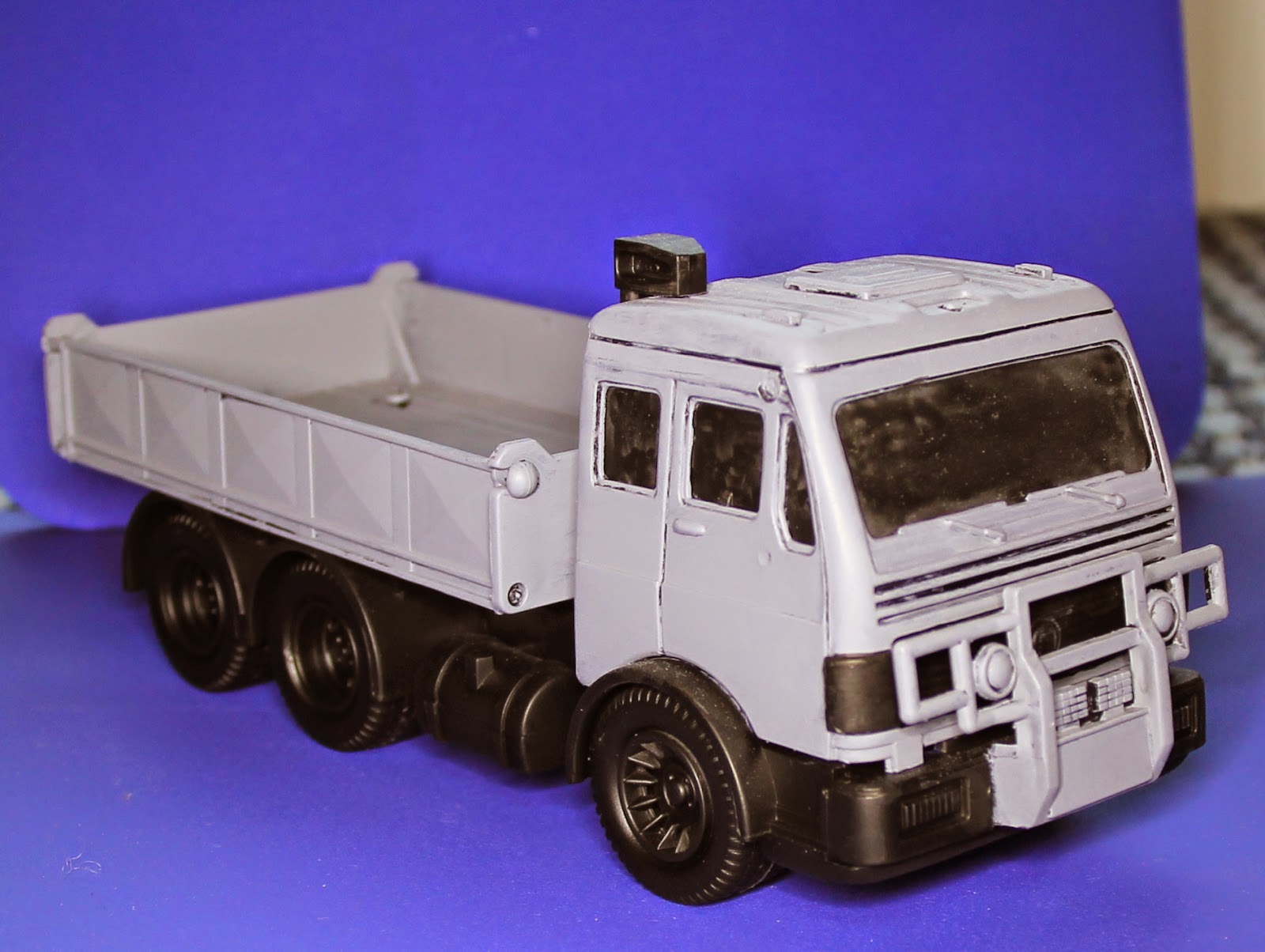 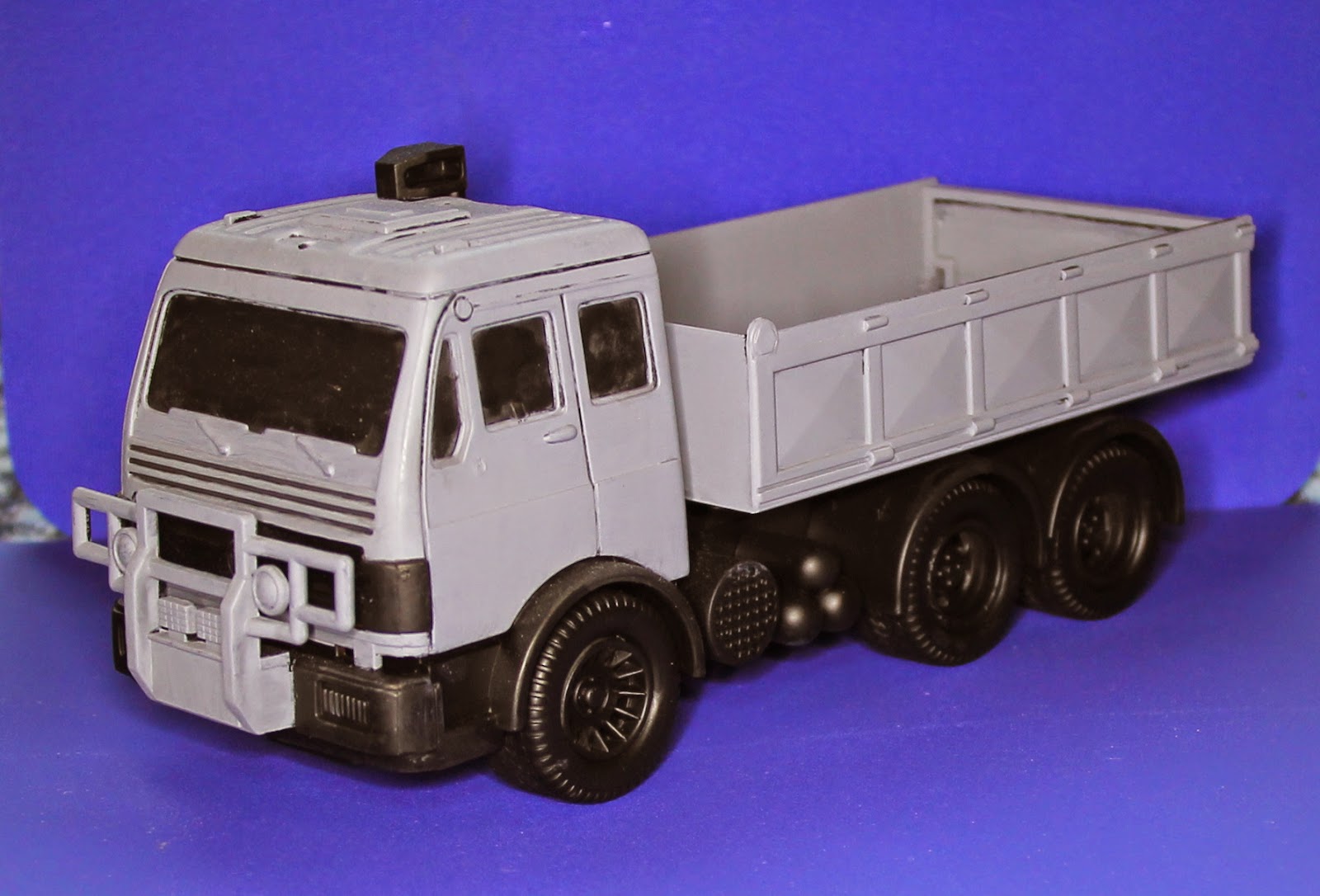 Here's the completed Full Borer conversion, standing in as a regular officer for my Blogwars 7 list... 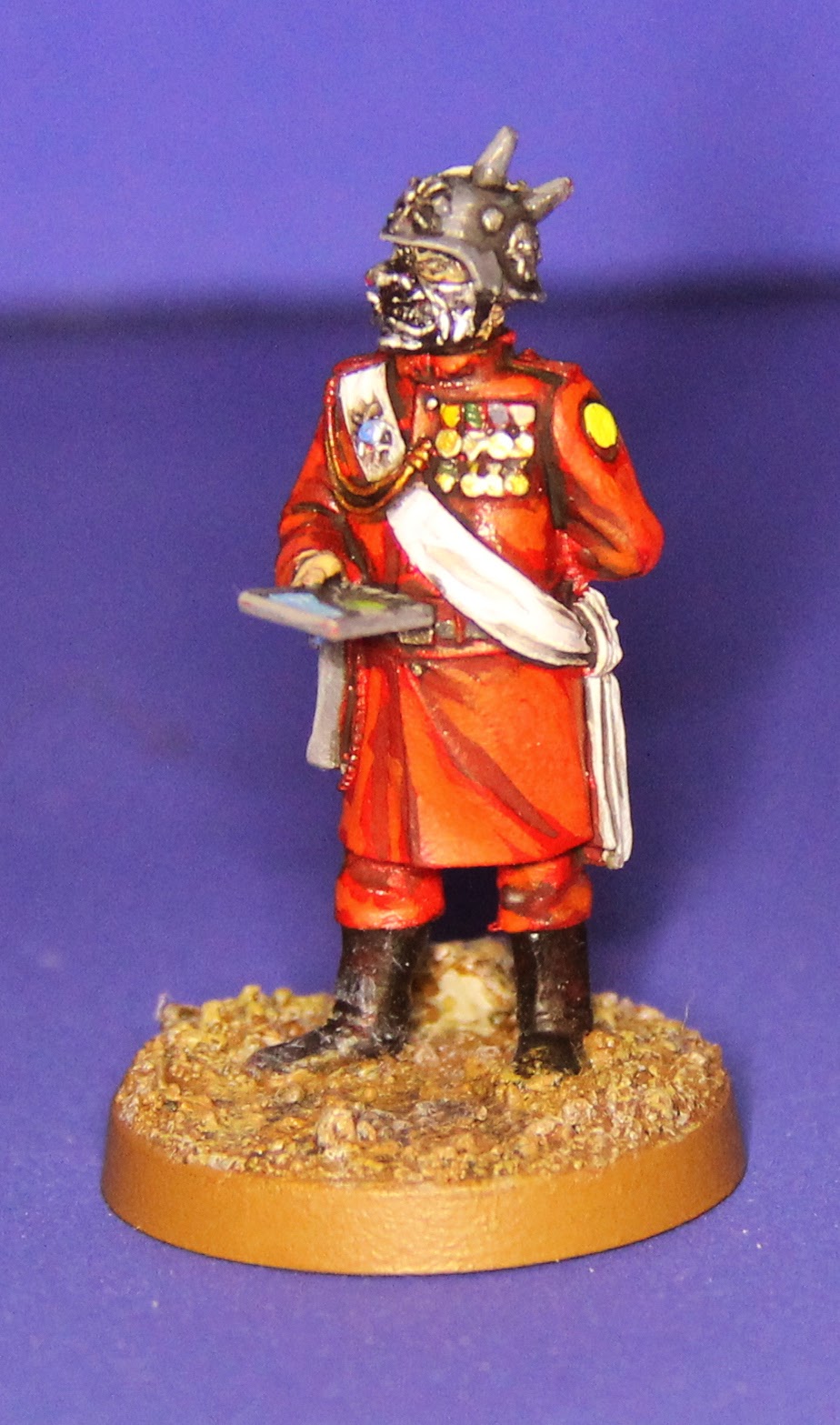 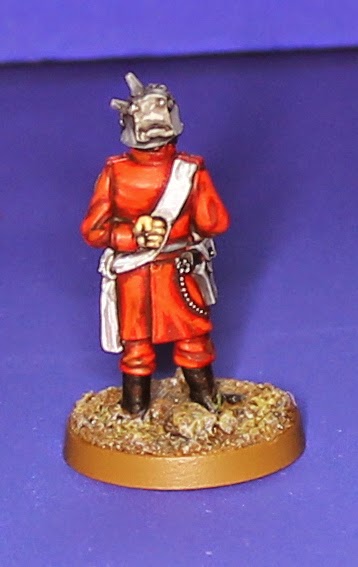 Probably he is in his Punisher tank, but since that's what I'm using at Blogwars 7 I needed to get him finished, so here he is in his Anarchist pattern AT-70: 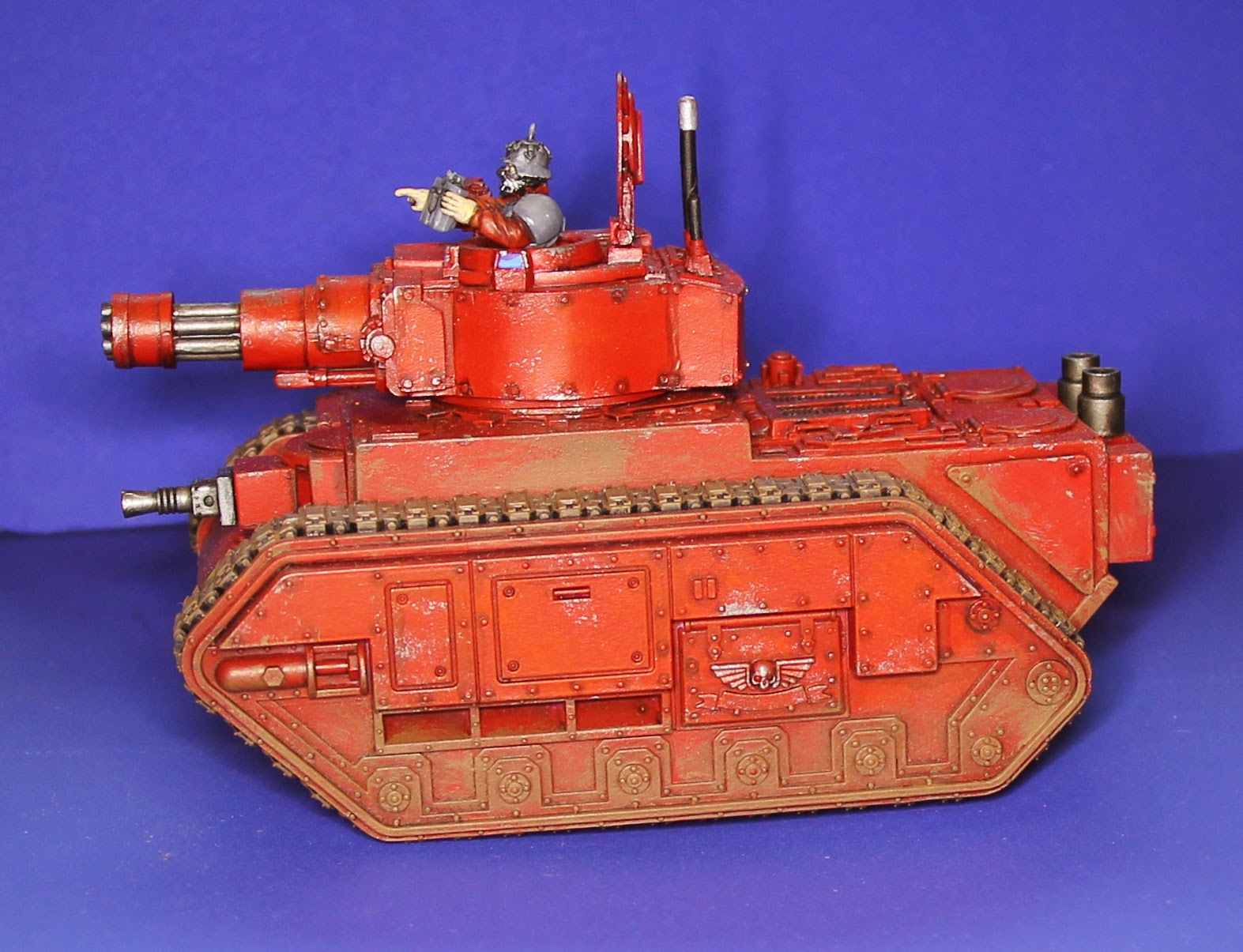 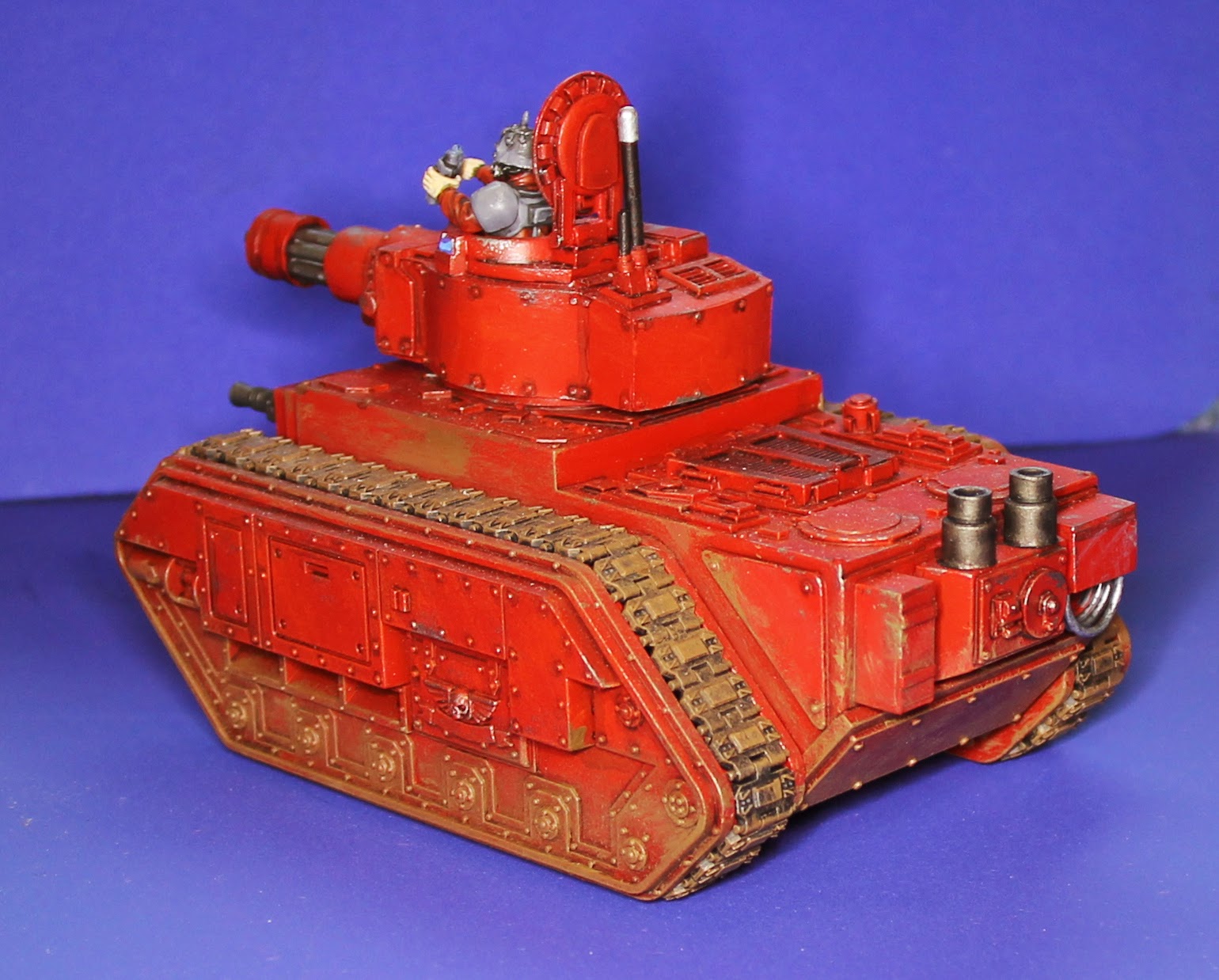 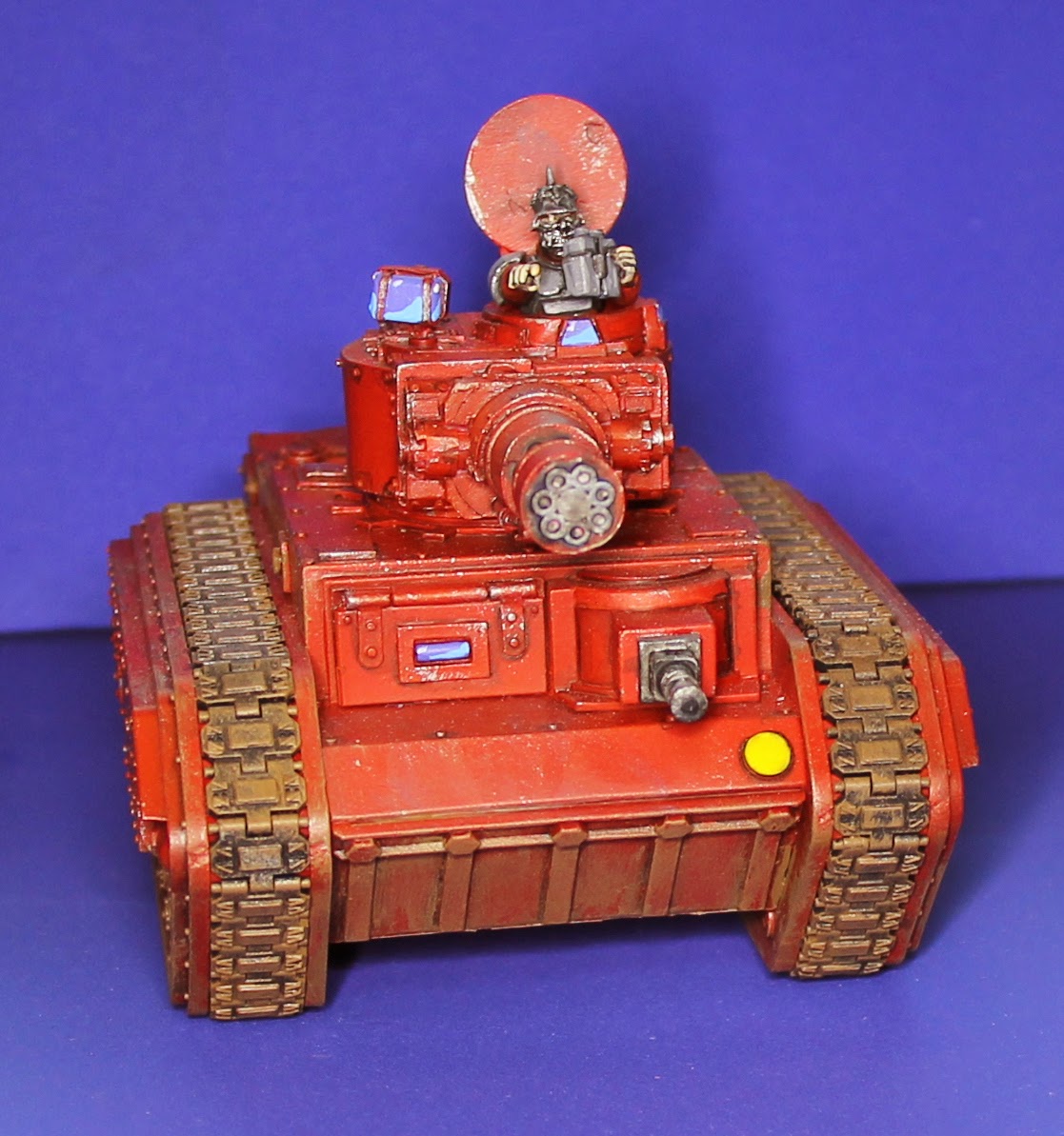 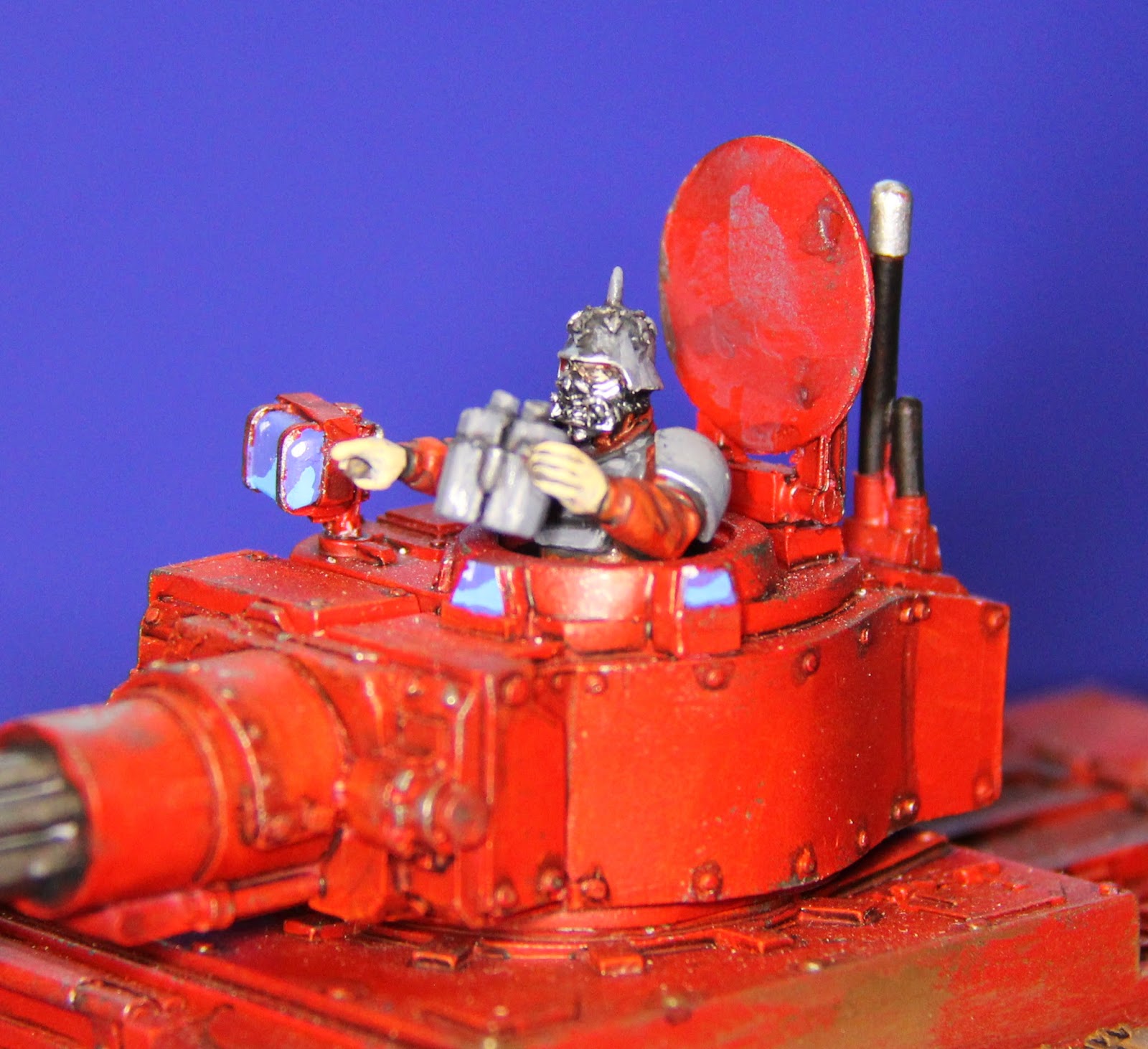