Little bit of progress on the Usurper, rear deck added and one of the 2 exhausts: I still need to build the other one once I can find it in the bits box! 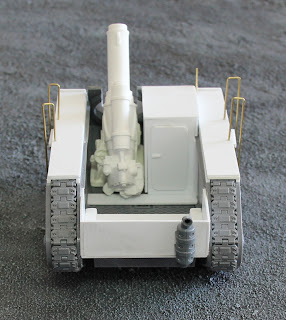 I also finished up the last two of the Sabre/Tarantula platforms so I could clear them away into the foam trays. I batch cut all the styrene so these were quick to assemble. 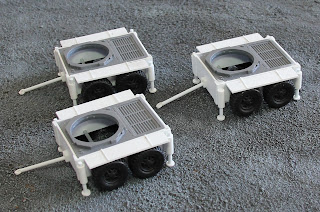 
Cleaning up yesterday I unearthed my started Knight Warden project. Since I doubt I'll play Apoc again for ages, and because I had plans to build a U90 (a Basilisk alternative used by the Blood Pact) I decided to repurpose the project, and here is the progress so far. The commanders hatch is not the one I will be using, and is just sitting on the roof at the moment. 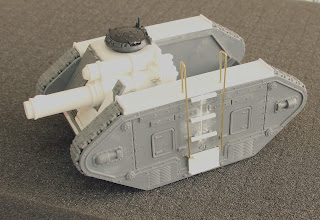 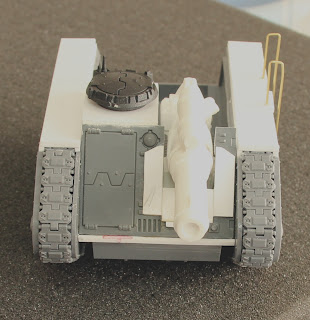 Feeling pretty stressed at the moment with my real life situation - looks like I may have to return to the UK in the next few weeks which really sucks. Anyway the upside is that when I lay awake at night I get to plan conversions. This one I came with to use up some spare parts and provide me with a suitable platform to use as Sabre AA platforms, Tarantulas or a Hyperios battery. I have two more on the way, and as they use the standard GW turret mount, it will be easy to swap in and out the various weapons that I need. I'll be hitting the bits stores to make those, but first up will be a Sabre Autocannon mount using the Defiler's Reaper cannons as they look cool and suitably Chaotic. 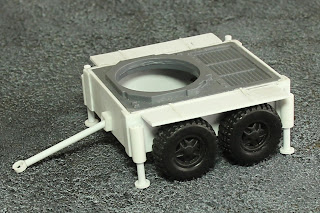 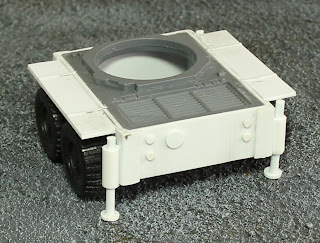 This is not hell nor are we out of it...

More terrain today, this was for a daemon world terrain set I made which involved a vivid red cloth. It looks cool, albeit really bright! 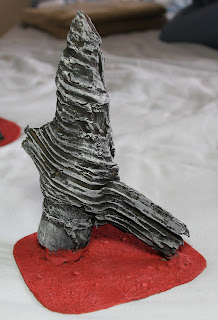 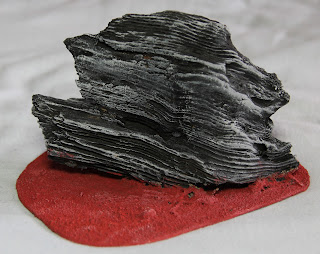 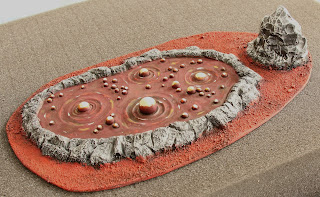 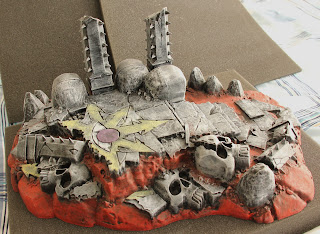 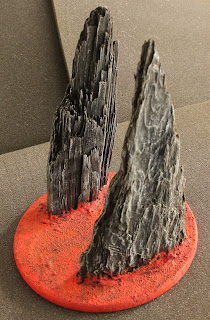 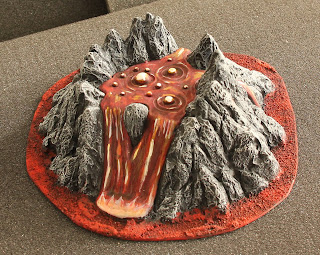 Welcome to the Jungle!

I'm still not working so I'm still painting..too bad my back went out last week and slowed me down! I now have my 1500 points of Necrons and a whole load of Wood Elves, Tyranids and special characters sprayed in their respective base colours, so just to bring the blog up to date, here is some of the jungle terrain I made for our tournament the other week. Oh I had my arse kicked with my 4th Ed era Necrons.

The scenery is pretty obviously aquarium plants on card bases with various materials being added to make rougher terrain, including driftwood scavenged from the beach (although is seems I don't have a photo of that piece yet). Most of the alien plants are from Armorcast. 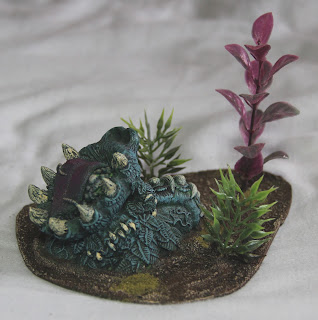 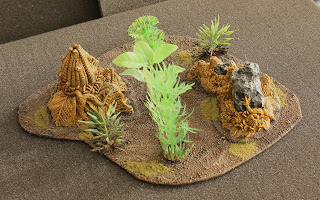 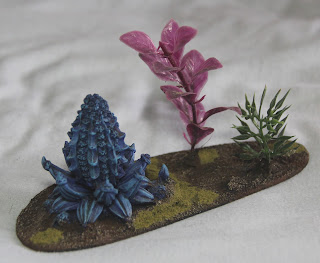 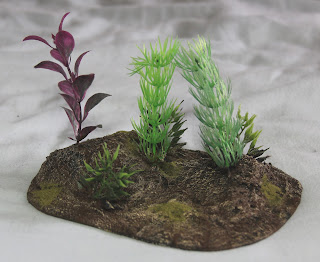 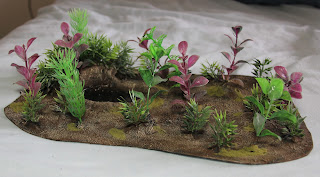 RATlings for the Blood God

No posts for ages simply because I lost my hobby mojo; I've been fighting Canadian Immigration and the inept actions of my employer for the last 4 months, which has kept me up at night but not in the right frame of mind to do much model work. For the last month I've been forced to sit at home while my visa is sorted out, and will have to stay home for a while longer, so I've been zooming through modelling projects; a 1500 point Necron force, tonnes of terrain and some bits for my Blood Pact. This blog article will be about the latter.

First up is my Primaris Psyker in the guise of a Gore Mage. This is just the WHFB Necromancer without the collar, and with his staff repurposed as a Khornate icon. I used Greenstuff to cover his neck a little more, fill in his snaggle-toothed grin and make a new upper for his staff. 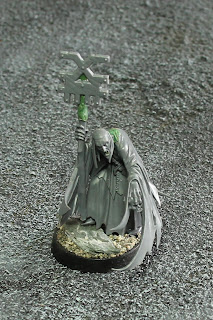 On to the Ratling standins, which are, yes, rats. I wanted something more than just snipers, so I made a sort of clandestine ops squad, which I figured were alien mercenaries. Obviously this is something away from canon, but it seems ok to my way of thinking. The first three are just the Skaven jezzails, with shortened gun barrels:

The second three are obviously made from the shield bearers that come with the jezzail guys, but I've modified each into something more spec ops. The first one has a silenced pistol, made from a Zinge Industries gun with a piece of plastic rod added for the silencer. The second is carrying once of those glass carriers like they use in the movies to remove the piece of window that they then shoot through to assassinate someone. I've even cut a circle of clear plastic to be the glass, you can see it sitting on his base, and I'll add that once he's been painted. The last guy was a bit of a puzzle, but I thought some kind of camera on a stick for seeing over obstacles might be useful..we'll see!