I've been eyeing this game for a while, but didn't want to really start something new. This might all change with the arrival of the Human Resistance faction - these totally float my boat! You can see some pictures here:

Given I've hardly used my Khador Warmachine stuff, I probably should sell them and get into DZC instead - looks more like my kind of game anyway!

I've just come across Warchimera and in particular this product:

Link to this APC: Hammer APC

I've had to pack my modelling desk up for a few weeks as we have guests coming, but before I did I snapped a few shots of what I've been building. It is the Staghound armoured car from Blightwheel Miniatures, which in it's 6x6 configuration is an ideal stand-in for a Bood Pact SteG. The kit comes with both open-topped and closed turrets, the former suitable to make a counts as Salamander. I'll probably make a custom datasheet for the closed up version and I'll post it up here when I do.

Here's the work so far, 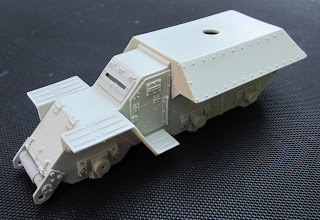 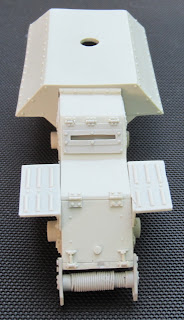 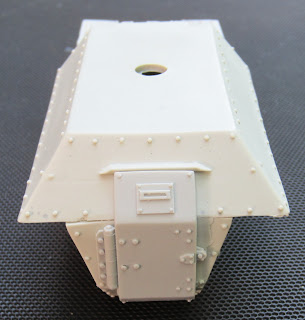 I realised I never posted pictures of this one on the blog..so here it is a Deathstrike missile launcher version of the N20 halftrack. 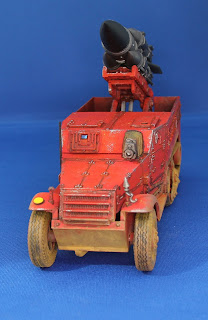 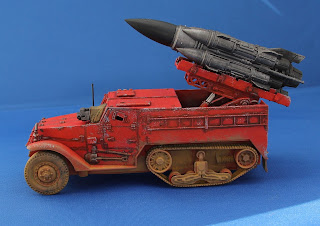 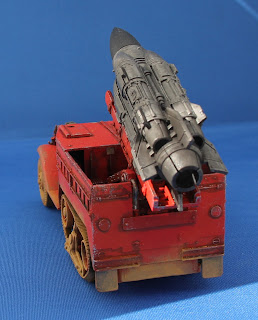 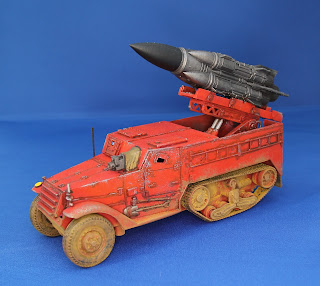 Anarchy have just released a new tank hull which I think will look great for my second squadron of Blood Pact tanks - I'll be ordering some soon as they'll save me a chunk of time bits hunting Russ hulls and then having to mod them to fit the Chimera tracks.

Pic of the new hull:

Anarchy can be found at:

I'm busy in the new job at the moment, so modelling time is quite limited, and what I have will be used to get more stuff done for my GWM projects. Ergo, here's something I began a few weeks back, and will be slowly completed as we head towards November for Animosity's Ullanor event. Of course, it's the start of a Mega-Gargant! 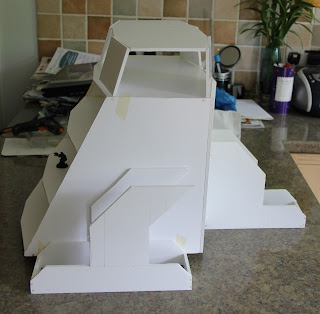 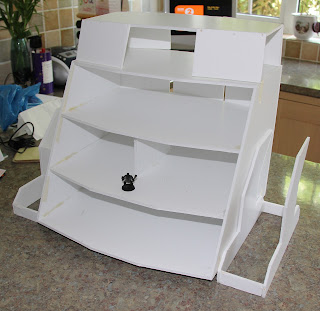 Just a couple of figures that I added to my army for the Animosity event but which really don't need their own post. A Tech Priest to ride in the Trojan (given it's new force org placing in the reprinted IA1 book) and a medic for my command squad. I actually painted 90% of this figure a year ago for OFCC but only just finished off his arms and back pack now! 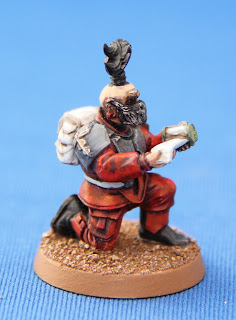 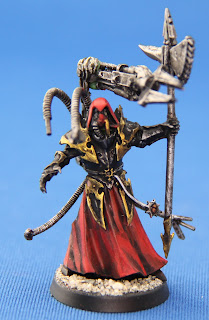 The Tech Priest is one of the single figure WHFB sorcerers with a Wood Elf head, a Bitspudlo servo harness, some of Zinge's flexible cabling, some RT era Marine combat attachments and styrene pieces. The Servo harness was a pretty poor casting so I hid the problems with some greenstuffed flesh parts (like you find on an Obliterator) and you can see a little bit of that green in this shot. I had to repair the arm after he took a dive onto the kitchen floor and a small piece broke off so I need to retouch that.
Posted by Sir Tainly at 15:46 2 comments:

GW has never released a Loxatl model, and played the C&D card on the Blight Wheel model that would have been ideal for those. This doesn't however mean that we are totally devoid of Xenos mercenaries with which to bolster a Blood Pact army, as Hasslefree do sell a range of Goloth figures. These are reptilian figures armed with mostly small submachine gun weapons, but also a grenade launcher and too heavy weapons (a missile launcher and an automatic cannon) and wearing heavier armour.

I bought one of each of the packs, and given the 2 figure packs come with hand swaps (to give you left and right options for each weapon) I using them to make one IG veteran squad with heavy weapon and carapace armour, one HQ squad with heavy weapon and I have a single figure left over. Maybe he'll be a Sergeant with a different loadout or possibly a Marbo! One HQ, one Troop and maybe one Elite also being suitable too for an allied choice for some of my other armies, Tau perhaps.

I posted these a while back as my counts-as Thudd guns. I've tidied up the yellow rockets and made the mud on the wheels more even since taking these photos, but I've taken the camera setup apart now, so no updated photos.

When I saw the pointing midget figure from Trollforged Miniatures, I knew I had found a suitable midget psyker as used by Pater Sin in Dan Abnett's books. I really like the way, with nine of them pointing in the same direction, it looks like some gestalt conciousness is at work! Obviously nine as they are my Psyker Battle Squad with Pater Sin representing the Overseer. The Pater Sin model is just an Empire Flagellant with a Zinge Miniatures pistol added to a modified right arm. Since taking this shot I have actually finished Pater Sin's base, I just took the photos while the sun was out, which was fortunate given the weather since has been pretty stormy!
Posted by Sir Tainly at 14:08 No comments: