I've added a few details to the AT70 now, but I'm stalling on this one as I can't decide whether to build the turret with hatch open and a commander poking out, or all buttoned up.

Here you see the remove range finder, and replacement small sighting mechanism to the left of the main gun. 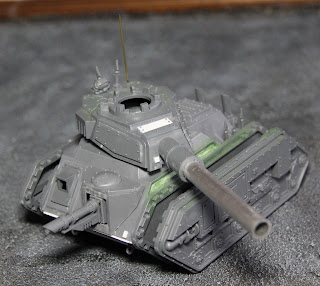 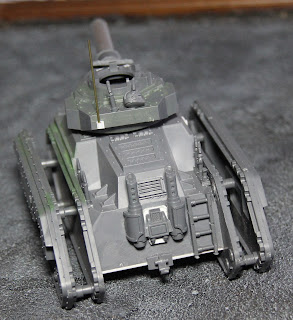 On the lower front hull we now have the Khornate symbol, some towing eyes and the small white piece on top of the hull is the bracket for chains (or something else if I don't like how the chains look.


It might seem a long time until August, but with one tournament to run and another to attend, the next couple of months will be quite busy, so I'm working on some of my Blood Pact army. For those who've followed my blog for a while, you may remember my AT70 Reaver, that has sat for months as just a hull with one track unit. Since I was really motivated the other weekend, I got a fair bit done on this and its sister tank, so here's a quick update of progress on tank number 1.

The second track unit has been added, this was a little trickier than the first given the Chimeras asymmetrical front hull, but on the second attempt I got it pretty square. Sadly the blanking plate covering the gap between the track top and hull roof came unglued, and so the repair has made it a little rough, hopefully I can disguise it with stowage or something.

The turret has been dry fitted, and the gun barrel lengthened with some aluminium tube, to represent the long thin 105mms these tanks are supposed to have. It's out of scale for a 105, but it's nice and sturdy for wargames use, which is more important in my view. Considering the standard LR model gun is something like 400mm if made up to life size scale we've a great deal of wiggle room here! I've removed the aquila from  the turret bin too, but left the damage so it looks like this is a looted tank, rather than one made after the Urdeshi forges were captured (great bit of fluff to cover my sloppy work! :)).

At the rear the Russ exhausts have been replaced by a set from a Defiler, which have been mounted on some styrene plates to make the assembly level, and to give a bigger surface that can be glued on to the tank.

Here are the pictures: 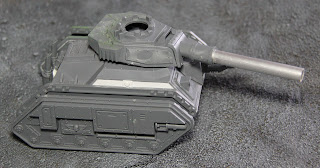 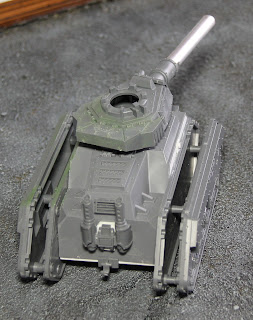 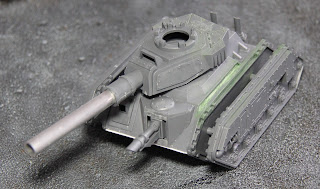 The second tank is a little different as it uses a Demolisher hull and turret, so a difference in engine grill details and turret bin. For the gun mount I'm using the demolisher cannon with an aluminium barrel, as it slots it perfectly. it looks a bit odd with the external recoil suppressors though - I might have to remove them, I haven't decided yet. Pics of tank number 2 in the next update.

No exciting title, but then the subject isn't exciting, just good solid pieces that paint up really well with some heavy dry brushing. First off is the statue and the shattered Aquila from one set: 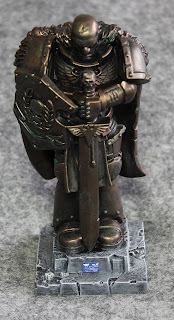 I added a small sign no doubt revealing all this Marine's heroic actions.. 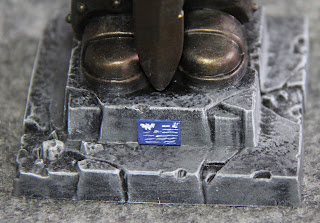 The second piece is the wreck Rhino and craters - I didn't like this much at first, but once painted it really grew on me: 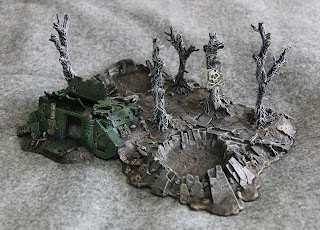 No sign of Batman...but I do however have photos of the Pegasus building that I bought a while back, assembled and mostly painted. They all need doors painting and roofs scratch-building, but they look pretty good I think. 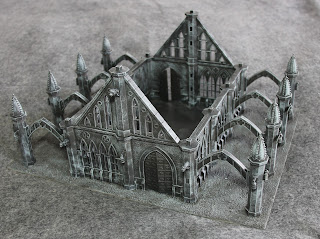 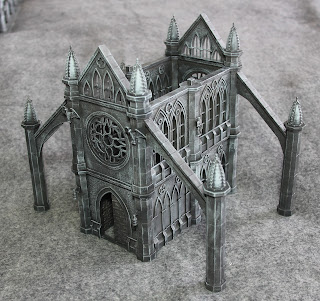 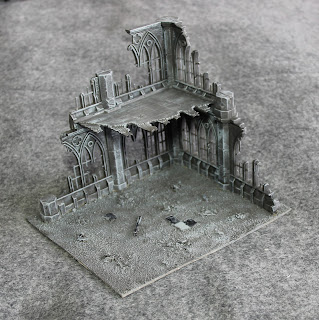 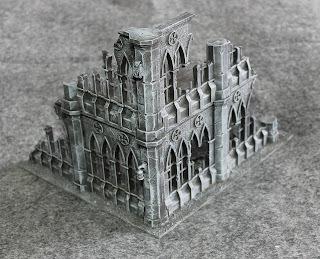 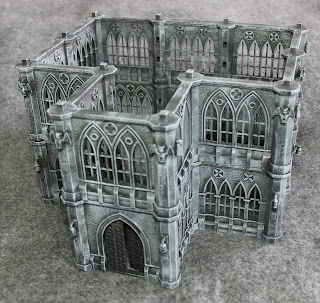 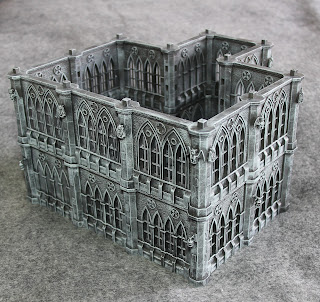 These are some pre-painted rubble piles, also from Pegasus, that match their buildings - pretty cool eh? 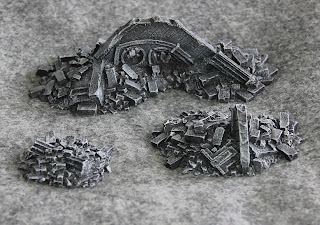 It's been a while since I did an update as my new job has been keeping me busy - in fact I'm there now at 6:30 waiting for stuff to finish. Rather than waste the time, I thought I'd type up a few more articles that I'll publish over the next few days, with this being the first. I should also say that I'm running a doubles tournament next month and there are still places available, so if you are interested please look at my blog for that.

For anyone that remembers my earlier posts, or looks back through the archive, you'll know I started some Ork scenery for a place called Orkington. Well, that place has received some further development, and here are the pictures.

This was the wind turbine thing I had planned, but the turbine I started looked a bit poor, so I fell back on my ideas to make some gun towers - this is the first design. 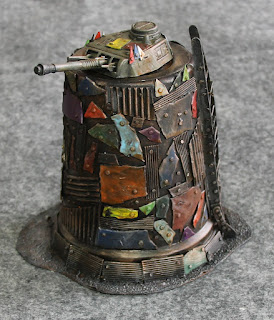 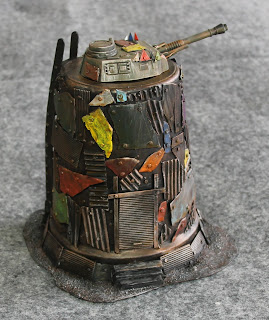 This is the Mek's workshop, I still want to add some glyphs over the rear door, and add a hoist to the frame out front. 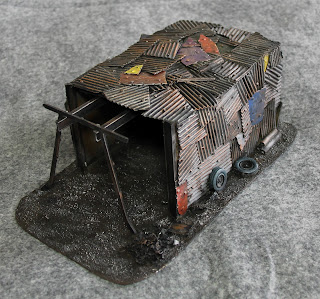 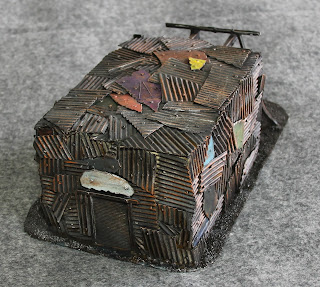 Here's the "Tall House" different from the older "Long House" and the forthcoming ""Small House" and "Composite House". 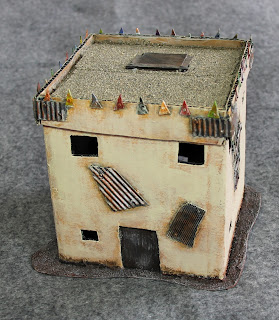 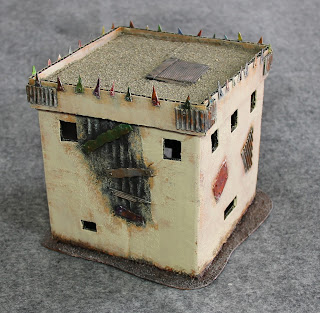