I've had a load of Death Guard floating around in my cupboard of doom for years - they were the left overs from some 5th Ed Plague Marines, that never got used along with a Daemon Prince and some FW pieces. I added to these during 8th with Conquest magazine, and intended to make a start on these last year once I knew my Eldar were wrecked in 9th. Since the next dex will be with me shortly I thought I'd start painting some of my figures. I thought for a bit of fun we'd try an old 2nd Ed Plague Marine, a late metal/plastic hybrid, a Forge World conversion kit, and one of the supersized modern examples. I didn't get to finishing the metal/plastic one but included him in the shots for comparison.

Another of my clear the decks job - a metal Squat Genestealer Hybrid that I go as part of the group commission a few years back, painted to match my planned Cult army (when they have been updated for 9th with rules that are useful). 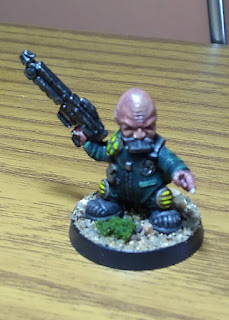 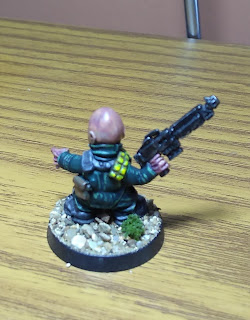 Just a little more work on getting this guy back ready for the table. I printed a Rhino wreck I found on Thingiverse, so that the Titan has something on which to rest his foot. 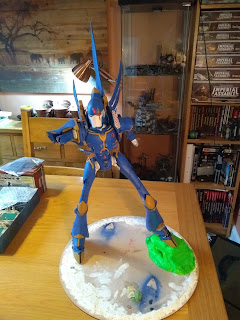 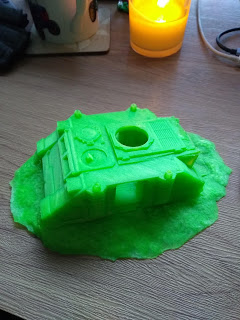 I think I got this on good old Thingiverse too, just the usual slumped body found in a spaceship corridor... 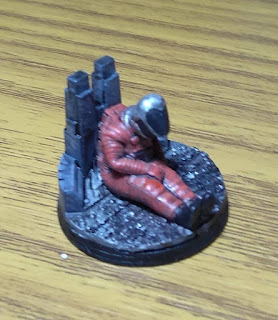 Here's another of the models I've completed, just to clear the desk. He's an Orc Street Mage (https://www.thingiverse.com/thing:3038598) that I found on Thinigiverse and thought might be good for Shadowrun or similar. 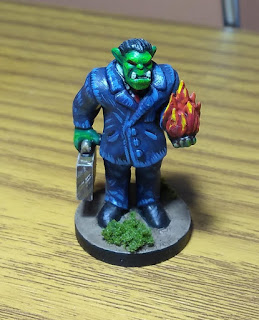 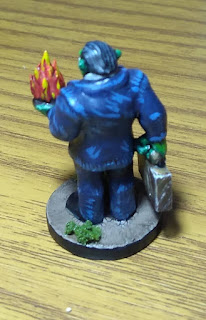 Sophie - Even in the Zombie Apocalypse you still need a coffee!

One of my resin printed minis, designed on Heroforge, with a bit of paint slapped on her. For some reason I called the file Sophie, not sure what the plan for this mini was, since it's been ages, so that's the name that's sticking. 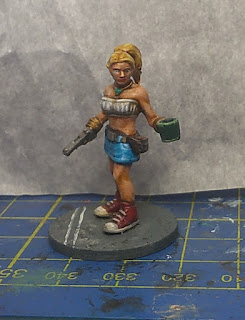 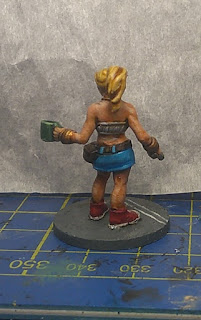 Here are two of my characters from some D&D campaigns that I'm currently playing (or at least I was until C-19 restrictions came into force again).

The Tortle is a conversion of a Tortle monk figure that I found on Thingiverse. His name is basically Turtle Turtle in Swahili and Xhosa respectively. He is mechanically a fighter, but his backstory is that he's a stonemason and hence the modified hammer. The Faun bard is a parallel character in the same game world, but I won't say much about her as she's not been brought into full time use yet, and my fellow players might be reading this. Model-wise she was designed on Heroforge and printed on my Photon. 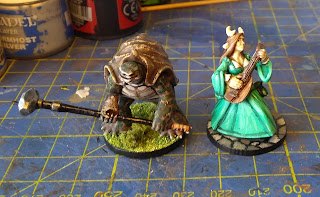 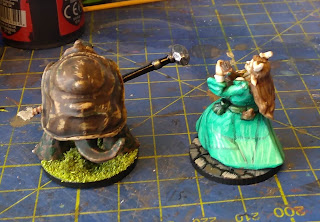