Since I needed a male Zabrak character for our EoTE game, and all WoTC could offer was a female fringer or Darth Maul, I decided to make my own. He's a simple conversion of a Hasslefree figure (HFA003 Grant) with spikes added to his head. The spikes were made by drilling into the head, supergluing small wires into these holes, and then clipping them to length and bending them slightly with tweezers. Once this was done the wires were coated with super glue gel, which was shaped slightly with a tooth pick. I found this was much easier than trying to get greenstuff to stick to the bald shiny head. 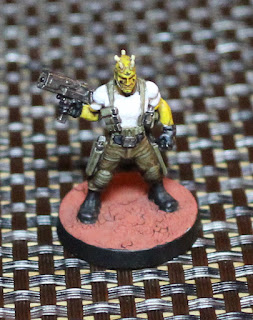 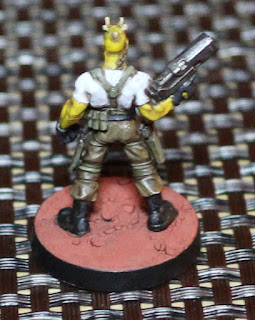