Another 3D model I found on Thingiverse years ago, combined with a crystal also found there. It printed roughly quite a while back, but I've finally got it painted and based. 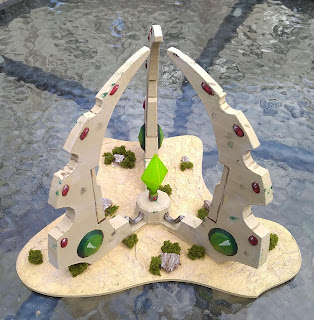 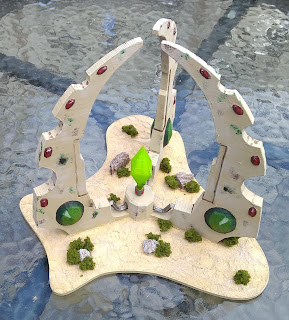 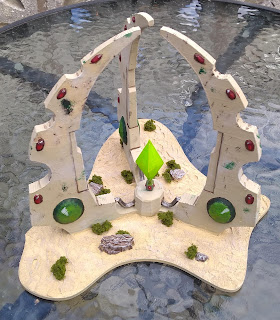 After several years, the Dwarf King is finished! Here was the last WIP. 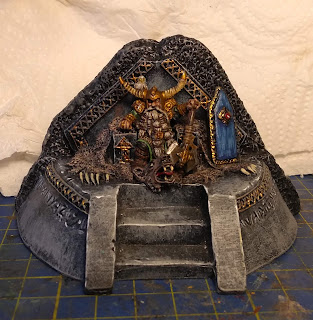 There's nothing like completing a project that's been in the pile of shame for almost a decade - the second of 3 Rhino conversions kits I got from Blood and Skulls back when I was in Canada. 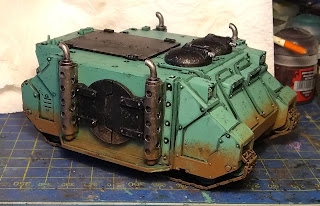 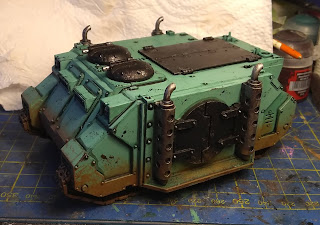 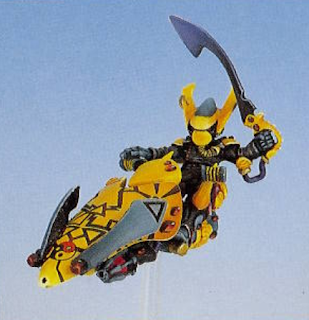 I've recently come across a stash of old Citadel Journals, and these are absolutely packed with crazy ideas from previous editions of 40k. Among these were rules for an Eldar character called Yrrthilien Moursong. I won't repeat all the fluff here, but he's a survivor from craftworld Muirgaythh. Formerly he was a musical performer but after his craftworld was destroyed by Slaanesh, he became an Exarch in an Aspect of one. Finding an ancient set of armour and the sword of his ancestors, he set out to fight She Who Thirsts on his custom jetbike, named "Screaming Gale. This jetbike has had the weapons replaced with a sonic cannon.

It's total edge-lord stuff, but the conversion looks cool, and it's just a bit of fun, so I've tried to convert it to 9th ed. I aim to update a number of the thing I've found in these journals, and then include them as options in a PDF for use at my events which I hope to start running later this year or early next, like the old Tempus Fugitives and Mournival events guys have, I'll hopefully dig out some of the stuff from the old Animosity packs we did a few years back and give them the same treatment.

This creation was originally the work of Mark Hawkins in Citadel Journal #03, and the photo of the painted model is taken from there too. 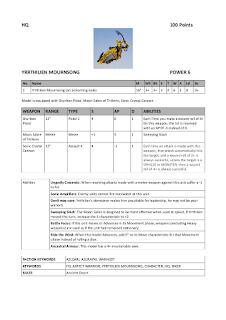 What do you folks think of the rules?
Uploaded amended version 22/3/21

Another 3 of Mortarion's finest join the host. 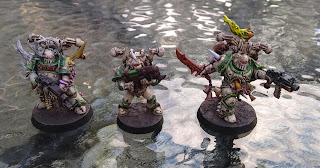 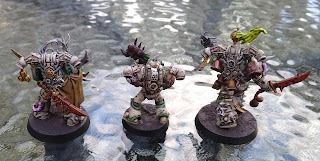 Added the weapons for this chap - calling him done as well. 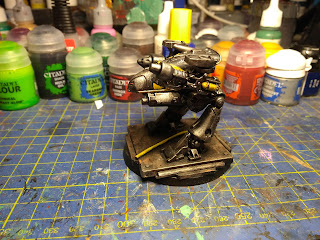 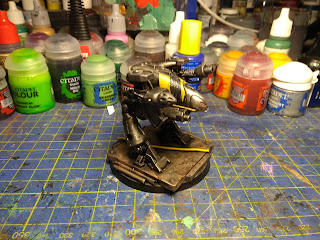 I managed to get a quick coat of varnish on them today, so calling these done. 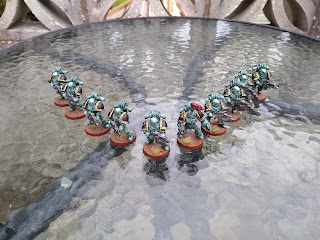